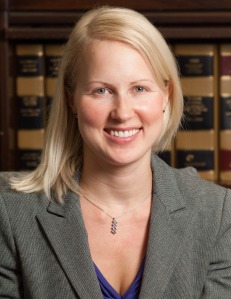 McChesney & Dale has advocated for many decades on behalf of short and long term disability claimants who have been denied benefits, both through the private administrative appeal process with the insurer and federal litigation.[1] The purpose of this blog is to share a recent success story of one of our clients. For privacy reasons, we will refer to the claimant as Jill.

Jill came to our office after years of struggling with debilitating illness. She had been diagnosed with Lyme disease almost a decade prior, but despite initial treatment with antibiotics, her symptoms continued to worsen over the years. Her symptoms became so severe that she had to begin working from home and ultimately ceased working entirely. She found a Lyme-literate physician and began an intensive antibiotic regimen and other treatments. Jill’s claim for long term disability benefits was denied by her insurance company, and she submitted an administrative appeal without the assistance of an attorney. This appeal was denied on the basis of lack of medical evidence of her disability.

Jill then retained the services of McChesney & Dale to assist her with a second administrative appeal to the insurance company. Of note, Jill’s Lyme disease resulted in significant cognitive impairments (brain fog, word-finding difficulty, impaired memory, etc.), and McChesney & Dale had her undergo a neuropsychological evaluation, which provided very helpful evidence of her cognitive difficulties. This was particularly important in light of the intellectually demanding aspects of her employment in the national security field. In a lengthy appeal letter to the insurer, McChesney & Dale’s attorneys highlighted the relevant medical evidence, brought in witness testimony of Jill’s severe symptoms and inability to perform even simple household tasks, attacked the arguments of the insurer and its peer review physicians (whose opinion the insurer had relied upon to deny the claim), and introduced legal evidence that the peer review physicians were not credible.

On the basis of the evidence introduced in the second administrative appeal, the insurer overturned its previous decision to deny Jill’s benefits and sent a large check for her retroactive benefits. Though Jill’s medical condition has unfortunately persisted, such that she remains out of work, she is able to make ends meet with the much-deserved disability benefits she is now receiving.

Disclaimer: This blog is meant only to provide information about the experience of our attorneys. It is not intended as a guarantee or prediction that the same or similar results can be obtained in other matters. 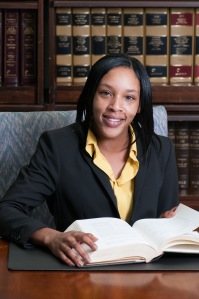 Are you a police officer, firefighter, paramedic, correction or probation officer? Are you in need of a will, advance medical directive (living will), or power of attorney?  If so, this is an event especially for you.

WHY:             The Wills for Heroes Foundation is a non-profit organization that provides wills, advance medical directives or living wills, and powers of attorney to first responders, free of charge.  As a first responder, you dedicate your lives to helping and saving others.  This event provides an opportunity for you to ensure that your family’s legal affairs are in order before tragedy hits.

What is an insolvent estate?

An estate is insolvent when the decedent’s debts exceed the value of his or her assets and there are insufficient estate assets to pay for expenses of the estate, such as administration expenses, funeral expenses, and valid claims against the estate, etc. In other words, an insolvent estate is one in which the debts exceed the value of the assets. In this circumstance, creditors of the estate may reduce the debt or write off the loss, and unfortunately the heirs or beneficiaries of the estate will not receive a distribution.

What is a solvent estate?

A solvent estate is an estate in which there are sufficient assets to pay all debts, funeral expenses, and administrative expenses in full. In other words, a solvent estate is one in which there are still assets left over after all the debts have been paid. In this circumstance, after all debts of the decedent and all administration expenses are paid, the remaining balance of the decedent’s estate is distributed to the decedent’s heirs or beneficiaries pursuant to the decedent’s last will and testament. If the decedent did not have a will, the remaining balance of decedent’s estate would be distributed in accordance with the rules of intestacy. Rules of intestacy go into effect when a person dies without leaving a valid will and determine the order of distribution among the decedent’s heirs.
Of course, having a solvent estate is ideal so that your beneficiaries and heirs inherit a portion of your estate. Talking with an estate planning attorney and preparing a will are important to help plan for a solvent estate. To learn more about creating your own estate plan, please contact our office.